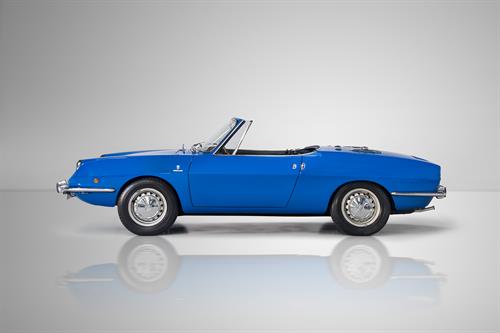 Once again, SEAT will be part of Techno-Classica, the renowned world show for vintage, classic and prestige cars in Essen, Germany. At this year’s edition, the Spanish carmaker is showing the variety and diversity of its history with some of the most popular vehicles to have driven off the brand’s production line.
Two versions of the 50-year-old 1430 – a first series saloon and a more powerful estate – as well as a gorgeous example of the 850 Sport Spider – the only convertible SEAT, has ever developed which also turns 50 this year – will be on show.
The SEAT that brought greater refinement to saloons: the SEAT 1430
The SEAT 1430 was released in 1969 and so marks its 50th anniversary in 2019. It was a 124 derivative, a unique Spanish model which can be considered the most complete Spanish saloon car of the time. The 1430 is easily recognisable by its twin-headlights, (the 124 always had a single headlight), and bigger taillights, while under the bonnet was a 1,438cc, 70PS engine, (10PS more than the standard 1.2-litre 124).
Although the design of the 1430 was very similar to the standard 124, the simple modifications to the lights and the bigger, more powerful engine were enough to make it a different, more up-market car. The 1430 was produced until 1976, when the 124 evolution called “Pamplona” was launched, inheriting the full 1430 engine range. More than 255,000 examples were built, powered by the standard 1430 engine as well as 1.6 and 1.8 twin-cam versions, known as FU, (the letters that identified the chassis numbers).
The 1430 was also produced defining moments in SEAT’s motorsport history. The most powerful versions were incredibly successful in rally competition, winning four Spanish rally championships in the mid-’70s, a golden period for SEAT Competition, the Spanish carmaker’s racing division at the time.
The 1430’s importance to the brand doesn’t end there. Its engine was used to power the Formula 1430, the first Spanish single-seater championship, created by SEAT at the beginning of the 1970s. Formula 1430 formed the training ground for a new generation of Spanish drivers who would go on to achieve great success, while at the same time establishing a breeding ground for Spanish chassis constructors.
The grandfather of today’s Leon ST Cupra: the SEAT 1430 Especial 1600 Familiar
Nowadays high-performance estate models are revered and loved by car enthusiasts, proven by the success of the FR and Cupra versions of the current SEAT Leon ST. But in the ‘70s cars with a fifth door, generous load space and easy access lacked the dynamic image that we take for granted today.
So imagine the shock on the average Spanish driver when in mid-1974 SEAT launched a Familiar (or estate) version of the 1430 saloon powered by the 1.6-litre twin-cam engine of the 1430-1600 (known as the FU). At the time it was the first Spanish-built sports saloon, delivering 95PS and weighing only 980kg, giving its a top speed of 105mph. At the time, performance figures that no one would have put next to a sedate-looking estate car.
The 1430 Especial 1600 Familiar (type FM) was so far ahead of its time that commercial success was difficult to come by as the domestic market still wasn’t ready for a vehicle that was the ST Cupra of its era. Only 852 examples were made between 1974 and 1976 when production stopped. It was replaced by the SEAT 131 estate, powered by the same engine but bigger and heavier, making it far less fiery.
The SEAT 1430-1600 estate’s farsighted performance make it a very rare car today, and one that is appreciated and venerated by collectors. 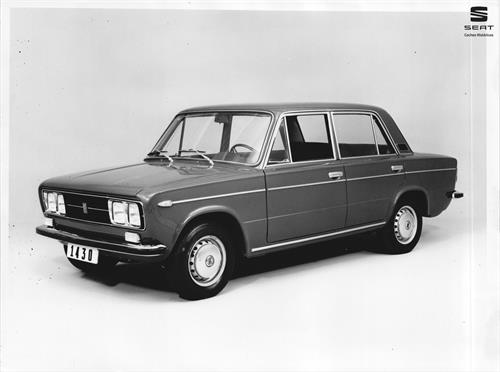 A unique and gorgeous slice of SEAT’s history: the SEAT 850 Sport Spider
The SEAT 850 Sport was the first niche car produced by SEAT. It also back in 1969, the same year the 1,000,000th car built by the Spanish car maker left the Barcelona assembly line since 1953.
These two apparently unrelated landmarks illustrate the great evolution experienced by both SEAT as a company and the Spanish domestic market. In SEAT’s formative years the brand made cars to satisfy the urgent need for mobility of the Spanish population, by the time the 1,000,000th car was built, both the domestic market and SEAT were mature enough to offer a car with no other raison-d’etre than pure driving pleasure.
The base of the 850 Sport, (its official name, though it’s also known as Sport Spider to differentiate it from the coupé version), was the 850 saloon, launched three years earlier, but the two vehicles couldn’t have been more different.
The Sport was a gorgeous two-seater convertible designed by the renowned Italian car designer Bertone and was also optionally available as a hardtop.
Not only was the car a milestone for the company, but so too was its engine. Under the bonnet was a 903cc, 52PS petrol engine that was later used by the 850 Sport Coupé version, and, set the groundwork for a myriad of future SEAT cars, including an entry version of the new Ibiza in the mid-’80s

.
Only 1,746 examples of the SEAT 850 Sport Spider were built when production ended in 1972, and it holds a unique place in SEAT’s history. With no successor, the Spider was the first and only production convertible ever built by the brand, a symbol of what SEAT could make possible but also a sign of how the Spanish carmaker and its domestic market had developed, with increasing demand for more mainstream vehicles.
SEAT and its historic models can be found in Hall 4 at the 31st Techno-Classica Essen 2019, which runs from 10th – 14th April. 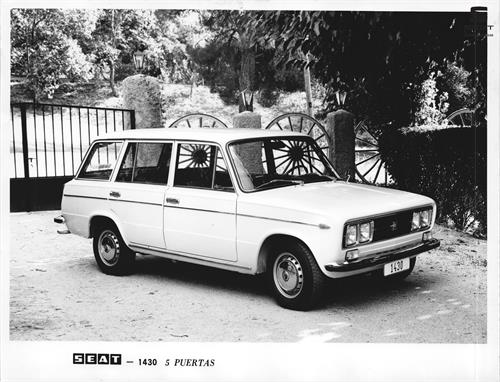