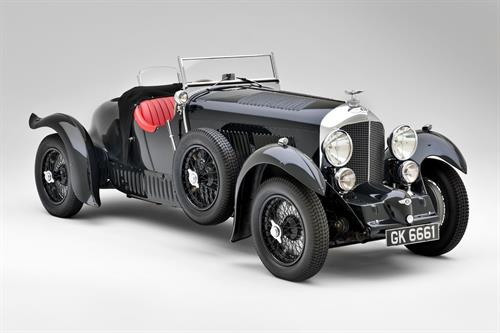 Born in 1895, Joel Woolf Barnato was a British financier and racing driver and one of the famous ‘Bentley Boys’ who all favoured the cars of W.O. Bentley. Barnato acquired his first Bentley (a 3-litre) in 1925 and won numerous Brooklands races in the car and then, having been inspired by the 1924 Le Mans win of John Duff and Frank Clement, he went on, 12 months later, to acquire the business itself.
Sadly, with the arrival of the Great Depression in 1931, Bentley Motors Limited went into receivership only to be purchased the same year by Rolls-Royce. Having previously purchased a share in Rolls-Royce, Barnato was able to return to the Board of Bentley in 1934.
Passion and position enabled Barnato to pursue his love of the Bentley brand and he owned a number of very special examples over the years. Three such models will feature in this year’s Salon Privé Bentley Masters at Blenheim Palace on Saturday 7th September. With more than 50 of the greatest Bentleys ever built displayed on Blenheim’s lawns, it will be a unique, one-off spectacular showcase, with Barnato’s cars sure to shine.
1930 Bentley 4 ½-litre; one of the legendary ‘Blower’ Bentleys. Now part of a private American collection, the ‘Blower’ came about following the urging of fellow ‘Bentley Boy’ Sir Henry "Tim" Birkin. Captain Woolf Barnato, then Chairman of Bentley Motors Limited, enlisted the support of noted engineer Amherst Villiers to design a supercharger for the 4 ½-litre 4-cylinder, 16 valve, overhead camshaft, Bentley engine. The Villiers Roots-Type Supercharger created approximately l0lbs of boost at 4000rpm, resulting in a top speed in excess of 105mph. In all, approximately 55 ‘Blowers’ were produced for the purpose of homologation with perhaps only 40 examples still in existence today. This beautiful one-of-a-kind race car, fitted with its elegant Gurney Nutting coachwork, was delivered to Captain Woolf Barnato in July 1930. 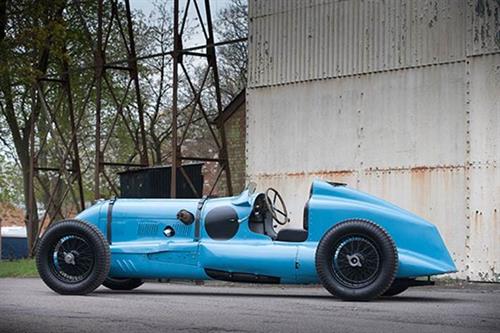 1934 Bentley Barnato Hassan
The 1934 Barnato Hassan Special. This sensational single seater was commissioned by Captain Woolf Barnato a special project for one purpose only – racing. Powered initially by a 6 ½-litre Bentley engine with two S.U. carburettors, on a short (11 foot) chassis, the car was long, narrow and very fast. In 1935, the car was fitted with a newly designed body and a new 6 cylinder 8-litre Bentley engine with 3 S.U. carburettors, the combination of which enabled driver, Oliver Bertram, to break the Brooklands lap speed record with an average speed of 142.60 mph. Incredibly, this was achieved with an automotive engine under the bonnet – it took an aero-engined car, the Napier Railton, to beat it.
The 1936 4 ¼-litre drophead coupe. This model, with coachwork by H. J. Mulliner, was delivered to Barnato’s Mayfair home on 6th July 1936. The unique streamlined body with concealed hood, the body no. 4226 was transferred from B2DG, a 3 ½-litre car, which was registered to Mrs Woolf Barnato on March 15th 1935. Prior to this transaction, the body was repainted in silver blue and the interior retrimmed in dark blue leather. A chromed dashboard with white-faced dials was also fitted. It is an all matching numbers car that whilst having been restored, has remained as original as possible.
Salon Privé Bentley Masters forms part of a weekend-long celebration which also includes the Bentley Drivers Club Annual Concours and attempts at the world’s largest gathering of Bentleys. Set to be the largest Centenary celebration in the UK this year, it is a ‘must’ for all Bentley enthusiasts.
David Bagley, Salon Privé Co-Founder & Sales Director commented: “What better way to celebrate the Centenary of one of the greatest-ever British automotive marques than at Britain’s Greatest Palace, Blenheim Palace. With such global admiration for the marque, we’ve received entry forms from around the world but as is customary with Salon Privé, we always go for the very best and most influential models. Other than W.O. Bentley himself, no other person was more influential in Bentley’s history than Captain Woolf Barnato and so we are thrilled to have these 3 wonderfully unique examples of his participating in the event.” 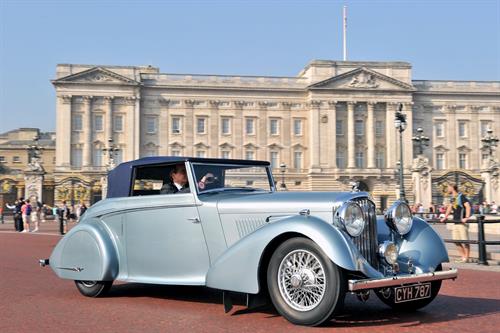