ATLANTA CONCOURS D'ELEGANCE RELOCATES TO NEW DOWNTOWN LOCATION - TYLER PERRY STUDIOS
BENTLEY AS FEATURED MARQUE, CAFFEINE AND OCTANE PRESENCE AND THE METROPOLITAN CHAPTERS OF 100 BLACK MEN JOIN TO DEMONSTRATE CONCOURS' PROMINENCE IN ATLANTA COMMUNITY
ATLANTA, December 13, 2018 – The Atlanta Concours d’Elegance blazes a new trail in 2019 as it relocates to Tyler Perry Studios in downtown Atlanta—growing its significant weekend of events to include the first annual Caffeine and Octane Invitational and highlighting Bentley as the featured marque in honour of the brand’s 100th anniversary. The 2019 show, set for October 19- 20, 2019, blends the historic atmosphere of a new location with the vibrant community of South Atlanta, all while showcasing vintage and modern-day vehicles from some of the rarest collections to be found nationwide.  Enhanced support for the 2019 concours weekend from the Metropolitan Chapters of 100 Black Men bring an additional positive impact to the Atlanta community.
According to Bill Wallet, CEO of The Atlanta Concours d’Elegance, the move is consistent with the show’s master plan for the Atlanta Concours to evolve into a unique Concours that is customized around the City of Atlanta. “The move to Tyler Perry Studios provides an absolutely unique, history-
a rich environment that is conveniently located—while placing the entrant vehicles in a setting reflecting the time period during the earliest years of automotive production.”
Tyler Perry Studios, opportunely located between downtown Atlanta and Hartsfield-Jackson Atlanta International Airport, offers three key assets to afford growth for the rising concours -- ranging from providing local attendees accessible transportation and parking to offering up a much larger show field -- all of which allow for the addition of more entrant vehicles, sponsors and vendors. Specific convenience includes:
Waller noted that as the Tyler Perry Studios location builds upon the heritage aspect of the respected Concours and instils a true ‘personality’ for the show, several traditions will remain including the annual Magnificent Seven Competition, which debuted in 2017 and for 2019 will be the highlight of the first annual Caffeine and Octane Invitational. The Saturday, October 19th invitational event will feature up to 200 cars selected by the producers of the popular NBC Sports Network ‘Caffeine and Octane’ show to be displayed and filmed on the parade field with only seven standouts 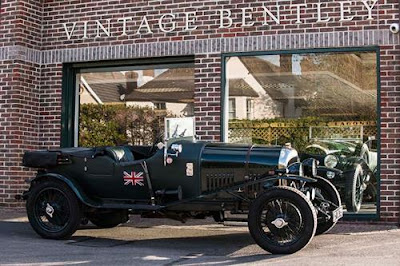 to be chosen and shown again to the public in Sunday’s official Concours as they compete within their own unique ‘Magnificent Seven’ class. The program, the first of its kind, is an innovative way to bridge two distinct sections of the greater car world and helps foster interest across genres and generations.

“We’ve tapped a unique opportunity to grow involvement for car aficionados who may not be car collectors in the strict concours sense but are still enthusiasts who take deep pride in the vehicles they own,” said Wallet.