THREE, TWO, ONE: THE WINNING FORMULA AT THE CLASSIC

THREE, TWO, ONE: THE WINNING

FORMULA AT THE CLASSIC! 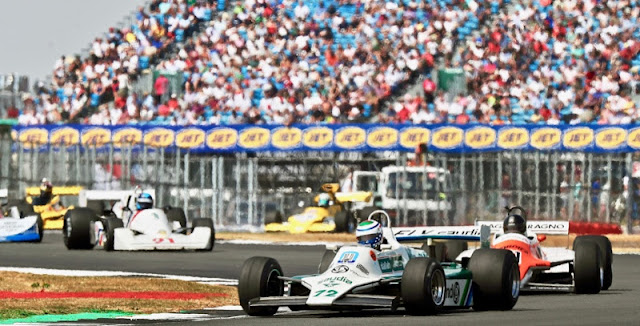 For the first time in its glorious 29 year history, next summer’s Silverstone Classic will feature dedicated retro races for Formula 1, Formula 2 and Formula 3 thus creating the festival’s first ever international single-seater showcase.

The Classic’s unrivalled race-card has always dished up crowd-pleasing Formula 1 showdowns featuring the great Grand Prix cars from much-loved past eras and in 2019, the firm favourites of FIA Masters Historic Formula One and the HGPCA (Historic Grand Prix Cars Association) will return. Never before, though, has the packed programme included dedicated races for Formula 2 cars, while the ever-evocative Classic Formula 3 series returns for the first time since 2014.

Ensuring all the 100,000+ show-goers can savour the notable occasion, the milestone F1, F2 and F3 action will be spread across all three days with qualifying on Friday and then back-to-back races on Saturday and Sunday.

Starring a host of iconic cars as raced in period by the likes of Jochen Rindt, Ronnie Peterson, Jody Scheckter, Graham Hill and Sir Jackie Stewart, the flourishing Historic Formula 2 International Series is open to cars built between 1967 and the end of the 1978 season.

It was a magical era when F2 was the absolute proving ground for young drivers intent on making the step into Grand Prix racing, and when it was not unusual for F1 stars to step back into F2 on their free weekends. Chassis rivalry was just as fierce, with Matra and Martini from France and Tecno from Italy against March, Brabham, Lotus and Chevron from Great Britain. 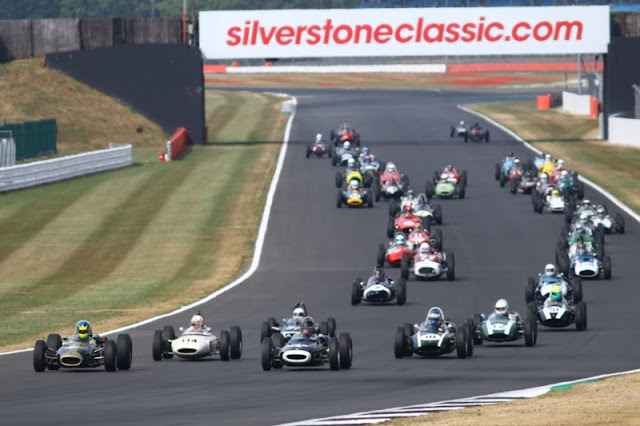 Offering fast and reasonably accessible racing, the Historic 2 Series – organised by the Historic Sports Car Club (HSCC) – is enjoying a huge revival regularly attracting grids of close to 30 cars. Now with more chassis’ being prepared and a doubleheader date at the Classic in prospect, the HSCC is aiming for up to 40 cars – a target, if achieved, that would be the biggest-ever Formula 2 grid.

Joining F2, and making a welcome return to the Classic, the HSCC-managed Classic F3 Championship is also targeting a massive 40 car field with competitors from the popular French Formula 3 invited too.

Entries will cover Formula 3 cars originally built and raced between 1971 and 1984 thus covering two eras with earlier 1600cc twin-cam cars joined by the later 2-litre cars that were introduced in 1974. Furthering the interest and spectacle, grids are expected to include genuine period cars as raced by drivers like Martin Brundle, Derek Warwick and Nelson Piquet on their respective ways to the top.

“Every summer we aim to enhance the established crowd-favourites with some outstanding new additions and to have Historic Formula 2 and Classic Formula 3 on the 2019 race-card for the very first time will make next year’s festival really special,” enthused Nick Wigley, Silverstone Classic CEO.

“As everyone knows, such is the immense scale of the Classic that it also has a great history of breaking records and setting new standards, so the prospect of not only the Classic's first-ever Formula 2 grid but also quite possibly the biggest field of Formula 2 cars ever seen anywhere on the planet further fuels excitement.”

Grahame White, CEO of the HSCC is equally delighted. He said: “The chance to race at the Silverstone Classic is very special and I’m delighted that our Formula 2 and Formula 3 grids will get this opportunity next summer. I think we will be able to deliver bumper grids and tremendous racing, showcasing these categories to a huge audience.”

Those buying tickets in the meantime can take advantage of the Super Early Bird offer open until 31 December – a bonus for those seeking a special Christmas present. These offer savings of up to 22 per cent on Standard tickets.

Once again all tickets – which must be purchased in advance – will give access to both Classic racing paddocks, all open trackside grandstands, the live music concerts, air shows, funfair rides and the vast majority of the epic family entertainment running alongside the non-stop on-track thrills.

Adult admission starts at just £35 with the price of the three-day weekend ticket frozen at £99. Full details of all ticket prices – including Parc Fermé and Clubhouse hospitality packages, the RetroRun experience and camping – can be found on thesilverstoneclassic.com website. 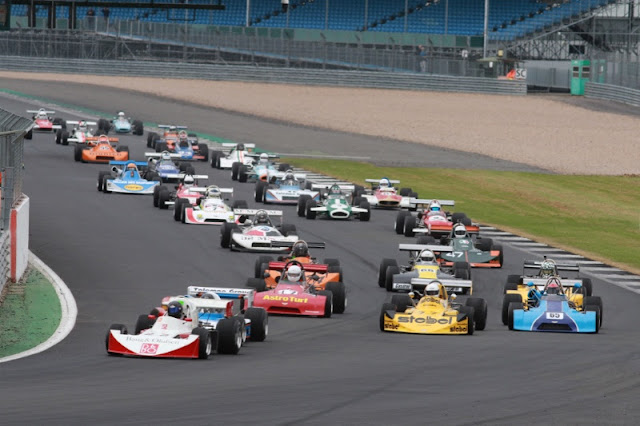