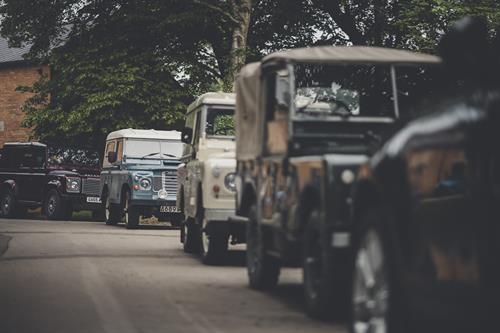 Key elements and new features have been revealed for the 2019 Land Rover Legends at Bicester Heritage (May 25th and 26th) and tickets are now available via www.landroverlegends.com.  Following the success of the inaugural event this year, the ultimate show for Land Rover connoisseurs, preservationists, restorers and enthusiasts will once again showcase the very best examples of the Land Rover, including a number of rare and unusual vehicles from the Dunsfold Collection.  The 2019 event will include:
‘Star Cars’ celebrate major anniversaries
The 2019 event will celebrate four important Land Rover anniversaries:
The 50th anniversary of the entry into service of the Series IIa SAS Pink Panther will be commemorated with what is expected to be the largest-ever gathering of these fascinating vehicles, supported by examples of the Series I and later 110 SAS vehicles.
The 40th anniversary of the 100-inch prototypes – considered by many to be the best Land Rover that Land Rover never produced – will also be celebrated with what is also expected to be the largest-ever gathering.
1989 was the year that saw the launch of the Discovery and the show will be celebrating the 30th anniversary of the vehicle that saved the company, as well as the 25th birthday of the launch of the second-generation Range Rover, the P38A.
Each anniversary will be represented by a ‘Star Car’ which will be the centrepiece of a panel discussion in the main hangar on both the Saturday and the Sunday, when Mark Evans will interview people closely associated with each of the models, either as development engineers, designers, owners, enthusiasts or preservationists. The anniversaries will also be marked by daily vehicle parades.
New for 2019:  on-site camping, evening entertainment - and dogs allowed!
For 2019 event organisers have introduced weekend camping on site at Bicester Heritage and evening entertainment on Saturday, allowing Land Rover fans to make a weekend of it. And, as Land Rovers and our four-legged friends seem to have a natural affinity for each other, the organisers are also delighted to be able to announce that well-behaved dogs on leads will be welcome!
The National Awards
The focus of Land Rover Legends is on authenticity and originality, with the event featuring carefully-curated static displays of important Land Rovers as well as the National Awards for Most Original, Best Restored and Best Bespoke Land Rover. The inaugural event in 2018 attracted a very strong list of contenders for the Awards, and the panel of judges had a tough job to determine the Highly Commended and overall Winner in each of the three categories. Owners who would like to nominate their cherished Land Rovers for the 2019 National Awards will be able to submit their applications online later this year.
All Land Rovers welcome
The organisers are keen that every Land Rover attending should be part of the show, with a dedicated forward parking area for all visitors arriving in a Land Rover, while Land Rover clubs will be invited to display their vehicles and also to demonstrate them. Carefully-selected exhibitors and traders will be located in and around Bicester Heritage’s magnificent main exhibition hangar, showcasing the top Land Rover restorers, specialists and associated suppliers.
For more information or to book tickets please visit: www.landroverlegends.com 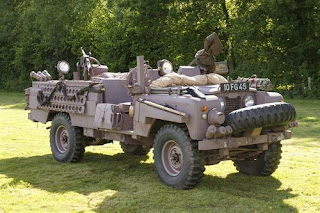