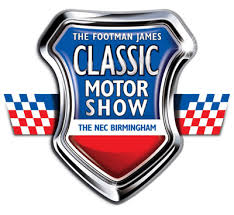 On the 6th July 1957, The Quarrymen, a skiffle group led by a student named John Lennon, were playing from the back of a flatbed lorry during a village fete in Liverpool. It turned out to be a historic day as it was the first meeting between John and Paul McCartney and started the journey to the band being renamed The Beatles.
60 years later, the Federation of British Historic Vehicle Clubs (FBHVC) is bringing John Lennon’s Original Quarrymen to the Lancaster Insurance Classic Motor Show, with Discovery, on Saturday the 11th November at Birmingham’s NEC
There will be two 30-minute sets at the joint stand of the FBHVC/Historic Commercial Vehicle Society and to further recapture the spirit of their debut, the stage will be a 1937 AEC Matador lorry provided by a member of the HCVS. In the band’s own words - ‘a vintage lorry to make us vintage musicians feel at home!’
FBHVC Chairman David Whale explains: “The idea for this recreation of what might be called the birth of the Beatles, came to us when we found an old black and white photograph of a skiffle group playing on the back of a 50’s lorry in a carnival. One of our Directors remarked that one of the boys looked like John Lennon and we soon found out that indeed it was!
An internet search revealed that 60 years on, the band were still playing so we started a search aided by one of our members, the Historic Commercial Vehicle Society, for a suitable lorry.”
The Quarrymen were formed in 1956 and named after Liverpool’s Quarry Bank High School that was attended by Lennon. After one of their shows at a Woolton church fete, Paul McCartney introduced himself to the lead singer and was subsequently invited to join the band; three years later The Quarrymen had evolved into The Beatles. In 1997, the group reformed and over the past two decades, they have performed around the world and released three CDs plus a DVD – The Quarrymen: The Band That Started The Beatles.
The current line-up of John Lennon’s Original Quarrymen consists of the drummer Colin Hanton, the guitarist & banjoist Rod Davis, Len Garry on guitar and lead vocals, John Duff Lowe on piano and Chas Newby on bass.
Back in the 1950s, Len played a tea-chest bass and Rod was on banjo duties until he was succeeded by Paul McCartney - who recruited Mr. Duff Lowe to play keyboards in 1958.
Chas was the ‘first left-handed bass player’ with The Beatles in 1960 at a time when Paul played rhythm guitar while Colin and John played alongside Lennon, McCartney and Harrison on The Quarrymen’s only record – a cover of That’ll Be The Day, backed with a Paul/George composition entitled In Spite of All The Danger.
John Lennon's Original Quarrymen are ‘all proud to have been part of what “went before”’ and their music continues to salute ‘that glorious heritage today’. The opportunity to hear the 1950s played by the men who were a vital part of the story of The Beatles should not be missed by any visitor to the NEC.
The Lancaster Insurance Classic Motor Show, with Discovery, returns to Birmingham’s NEC from Friday 10 to Sunday 12 November. For more information as well as all the ticket prices and booking details, visit www.necclassicmotorshow.com. 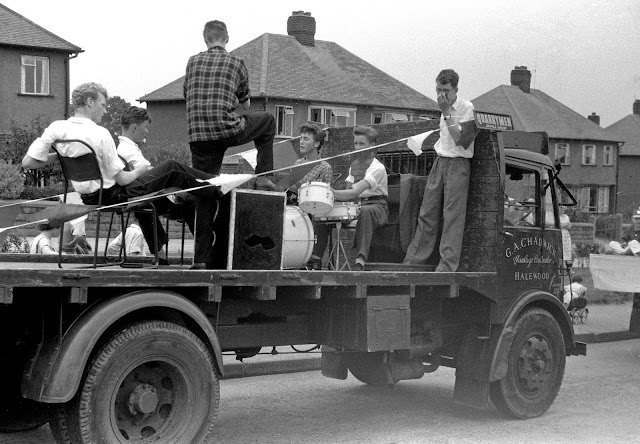