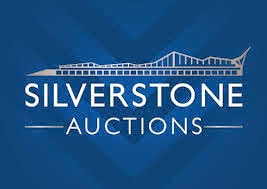 The UK’s most exclusive automotive Garden Party, Salon Privé returns to Syon Park from the 3rd to 5th September. With UK & global automotive debuts alongside the expanded EFG Art & Luxury Fair, there’s something for everyone at this year’s event.
The internationally-renowned Chubb Insurance Concours d’Elégance can justifiably lay claim to the title of UK’s most exclusive Classic Car competition with several of the rarest and most valuable cars in existence making their first appearances on UK soil.
Complimenting the Concours is our inaugural Salon Privé Sale, an auction of premium modern & classic cars taking place within the grounds of Syon on Thursday 4th September – full hospitality tickets now include access to the Sale as well as to the rest of the event.
Friday sees the return of the British Supercar Show, the only motor show in the UK to focus purely on Supercars, Hypercars, Megacars and Concept cars. It is a professional, manufacturer-supported event where carefully selected marques from around the world meet to display their very latest models openly on the Syon House lawns.