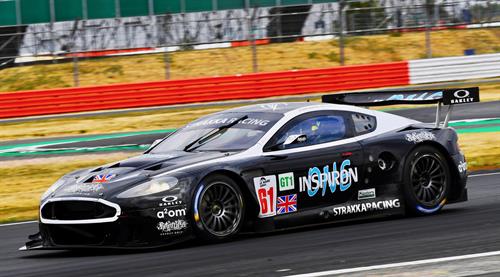 Aston Martin to partner Silverstone Classic
The 2019 Silverstone Classic is delighted to announce a far-reaching three-year official partnership with Aston Martin – a collaboration with the world famous luxury automotive group which embraces both on- and off-track activities at the world’s biggest historic motor racing festival.
Completing a record-breaking feast of retro racing, this summer’s Classic (26-28 July) has the honour of hosting the very first round of Aston Martin’s newly announced Aston Martin Heritage Racing Festival Series.
Aston Martin recently opened a new state-of-the-art, high-performance test and development base at Silverstone and its presence at the Classic will be furthered by the supply of the official Safety and Course Cars for each grid. Like last year, these will help to ensure the smooth running of the non-stop nostalgic track action throughout the packed weekend.
There will also be the opportunity for festival-goers to test drive the latest Aston Martin models in Drive Live. Successfully launched last summer, Drive Live enables visitors to the Classic to experience a selection of models from participating manufacturers on the local roads.
Confirmation of the new Aston Martin Heritage Racing Festival Series is the final addition to a record-breaking 21-race programme covering a full ten decades of glorious motorsport history ranging from the iconic green Bentleys of the 1920s right up to these timeless Aston Martins that were competing at Le Mans and the Nürburgring as recently as last year.
Open to all non-current Aston Martin GT class race cars – notably stunning DBR9s and Vantage GT2/GT3/GT4/N24/GTE models, as well as some even more exotic specials such as the mighty Aston Martin Vulcan – the eagerly anticipated Aston Martin Heritage Racing Festival Series further, broadens the Classic’s unrivalled race-card.
This year, for the very first time, the unparalleled on-track line-up stars spectacular showdowns for historic Formula 1, Formula 2 and Formula 3 single-seaters plus a pair of special Mini races to mark the little legend’s 60th birthday. Bentley’s centenary and the 50th anniversary of the Ford Capri are also being honoured in terrific sporting style on track.
“Nowhere else on Earth will you see such a wide array of wonderful motorsport history still racing flat out today,” enthused Nick Wigley, Silverstone Classic CEO. “We are immensely proud that Aston Martin not only has chosen to become a major event partner but also to launch its amazing new Aston Martin Heritage Racing Festival Series at the Classic. Everyone loves Aston Martin and, with its wide-ranging presence throughout the event, this year’s festival will be all the more special for all-comers.”
Visitors not wanting to miss this unprecedented line-up of blockbuster grids from yesteryear can take advantage of an Early Bird initiative which offers significant savings for those buying now. Adult tickets start at just £37 and adhere to the Classic’s widely-praised ‘access all areas’ policy.
Admission includes access to both race paddocks, the majority of the funfair rides and family fun activities, dynamic demonstrations, car clinics, trackside grandstands as well as both evenings of live music concerts.
Full details of all tickets (which must be purchased in advance) – as well as hospitality packages and weekend festival camping – can be found on the official www.silverstoneclassic.com website.
2019 SILVERSTONE CLASSIC RACE PROGRAMME
Friday, 26 July
Qualifying for all grids