Ahead of The Classic & Sports Car Show in association with Flywheel, which will take place at Bicester Heritage in Oxfordshire on 23-24 June, official auction partner Brightwells has announced some of the star lots available in the sale on Sunday 24 June.
More than 100 classic cars will cross the block at the prestigious wings and wheels event and Brightwells is delighted that the following lots are in the sale:
1974 Ford Capri Uren Stampede: One of just eight Stampedes made and the only MkII. Developed by racer, designer and architect Jeff Uren’s company Race Proved, this 5-litre seriously fast Ford has just 22,000 miles on the clock from new and has a fully rebuilt G-Code Boss engine with 384bhp. It's a stunning, original example with a comprehensive history. With RS3100s, Peranas and Broadspeed Bullets selling for well over £50,000 these days, and a mint, low-mileage 3.0 Capri in standard spec easily breaching £20,000, this fabulous and important survivor looks' something of a steal at the suggested guide price of £39,000-£44,000. 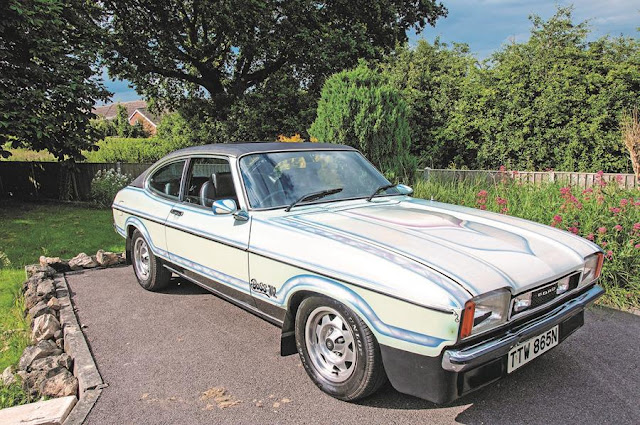 1935 Riley Amilcar Special: This outstanding Riley Amilcar Special was originally registered in Armagh in 1935 as a Riley saloon. It was built into a Riley special between 1992 and 1993 by Richard Scaldwell incorporating some Amilcar parts, including the radiator grille, rear springs and Marchal headlights, with a well-proportioned body reminiscent of Bugatti Type 35, especially from the rear, and features the original 1896cc Riley engine. Now ready for a new owner due to lack of space and use, and as the vendor admits “driving it bravely was a little beyond me...” Guide price £60,000-£80,000. 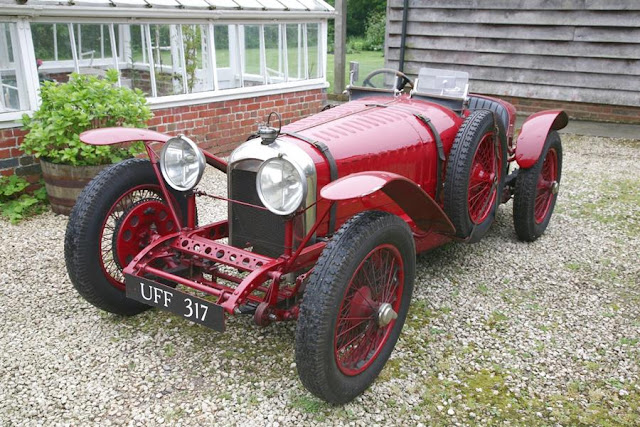 1986 AC 3000ME: This totally original model has just 4,400 miles on the clock. It has had only two registered keepers and is in lovely order throughout. One of the oldest independent car makers in British history, AC Cars can trace its roots right back to 1903. The dramatic 3000ME was first shown in 1973 but did not actually go on sale until 1979. It was based on a design developed by Lola engineers Peter Bohanna and Robin Stables. First registered in May 1986, this Cherry Red AC is chassis number 210, which makes it the third from last car built. Surely the most original and lowest mileage example you could ever hope to find, this rare and striking sportscar would sit well in any collection. The guide price is £20,000-£25,000 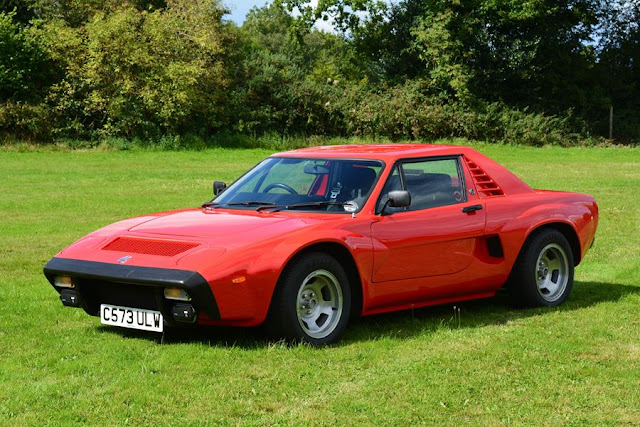 Further details are available about each of the aforementioned lots. To view the full sale catalogue, please visit: https://www.brightwells.com/classic-motoring/bicester-classic-vintage/bicester-classic-vintage-24th-june-2018/bicester-flywheel-catalogue-24th-june/
Sale viewing is between 9am-6pm on Saturday 23 June. Viewing is free of charge but visitors will need to purchase a ticket to the Show to gain entry to the Brightwells hangar. The auction will take place on Sunday 24 June from midday. Entrance to the sale is by catalogue only, which admit two people and cost £20. Catalogues will be available from the Brightwells Hangar over the Show weekend or a catalogue voucher can be ordered from www.classicandsportscarshow.com and redeemed at the event. All visitors to the auction will also need to purchase a Sunday ticket for the Show.
The Classic & Sports Car Show in association with Flywheel combines world-class classic competition and road cars and bikes, some over 100 years old, plus a dazzling array of vintage aircraft, an impressive collection of military machines and incredible live-action demonstrations on the ground and in the air at Bicester Heritage. There’s also a Vintage Village featuring period fairground rides, live music performances, shopping and food stalls.
Advance ticket prices start from £23 per adult, £10 per child (5-15) and £55 per family. Entry for children under the age of five years is free, as is parking. VIP package upgrades are also available, which include parking and hospitality. For further information and to purchase Show tickets, visit www.classicandsportscarshow.com.
Posted by jeffharris at 12:44