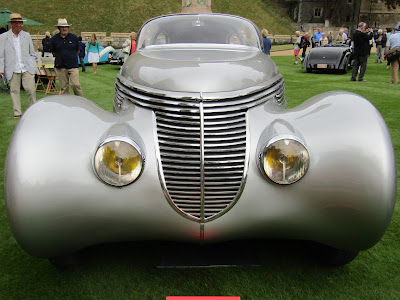 September heralded the return of the Concours of Elegance to Windsor Castle home of HRH Queen Elizabeth II, it's return marked the Queen's 90th birthday which she had celebrated earlier this year.
Within the Quadrangle of the Castle sixty of the most stunning ehicles built ever were displayed beneath sunny skies, visitors were treated to names Rolls Royce, Hispano Suza, Lamborghini, Ford and many more

Crowned Best in Show was the 1938 Hispano Suza H68 Dubonnet Xenia in the ownership of Peter and Merle Mullin. The vehicle was developed by Andre Dubonnet a fighter pilot, racecar driver and inventor, the streamlined body was designed by Jean Andreau which was brought to life by Jacques Saoutchik, and was powered by a Hispano Suza engine selected by Dubonnet. Resplendent in it's silver paintwork the crowd's were attracted to it as if it were a magnet, and who can blame them. 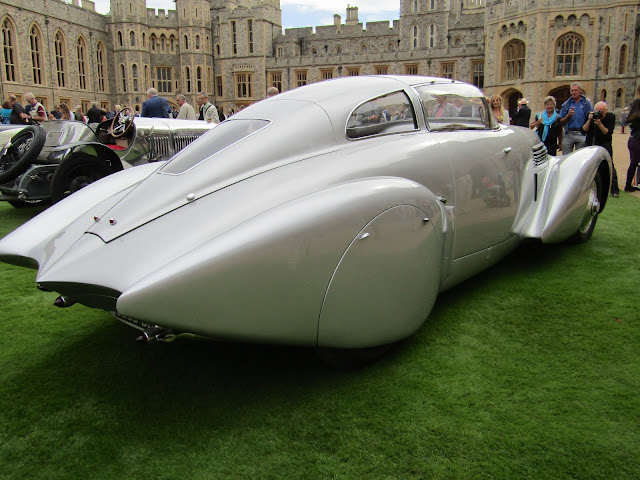 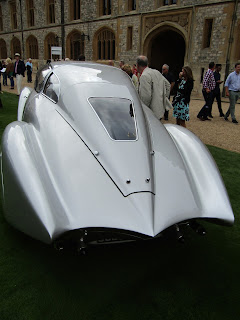 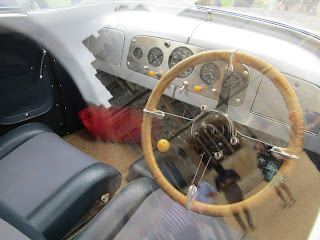 You can view our picture gallery by clicking the link below
https://www.flickr.com/photos/classiccarimages/sets/72157673368652165/page4

The event was a celebration of  automotive excellence with displays of vehicles lining the drive within the castle gates plus the odd dog.
From the Utilitarian Land Rover to Porsche,Ferrari,Jaguar, Aston Martin there was something to whet the appetite of enthusiasts. 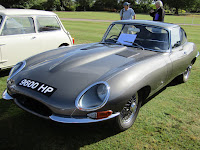 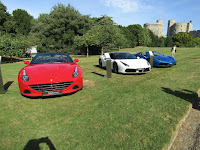 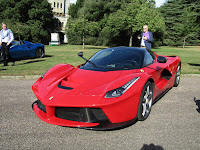 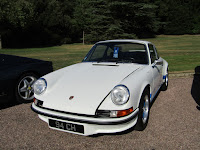 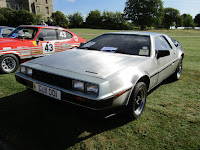 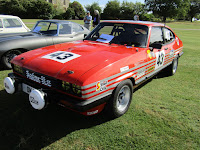 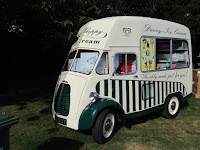 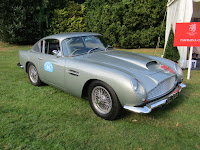 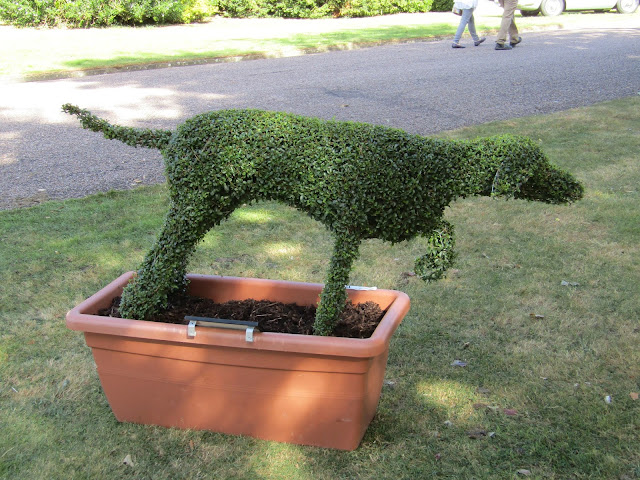 Outside the gates along the Long Walk were Owners club displays featuring Aston Martin,
Ferrari, Mercedes Benz, Jaguar plus vehicles from Pre & Post War with names from the major British Manufactures of the era.

Sadly our time was limited and we were unable to attend on the Sunday, after taking a tumble on my scooter while viewing the cars in the Quadrangle, I owe a debt of gratitude
to four gentlemen who helped me up and dusted me off.
Congratulations to the organizers who pulled  of this event over the last five years,and look forward to hopefully attend the next