Posted by jeffharris at 20:42 No comments:

DON’T FORGET TO PUT TICKETS FOR 2017 SILVERSTONE CLASSIC UNDER THE CHRISTMAS TREE!

Posted by jeffharris at 20:35 No comments:

Posted by jeffharris at 20:29 No comments: 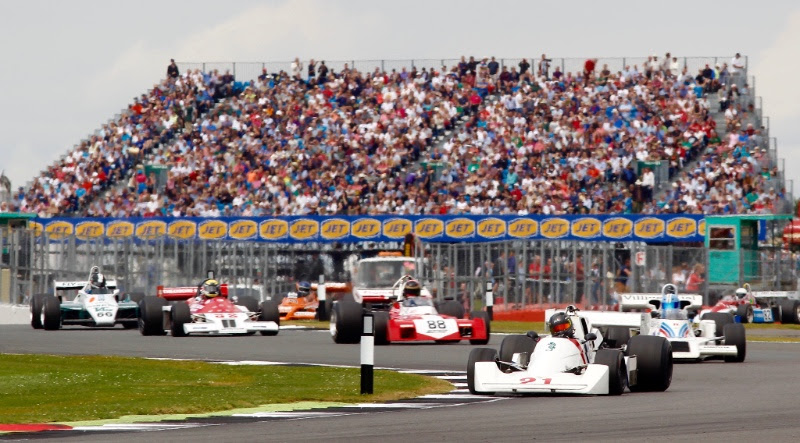 With the FIA World Motor Sport Council ratifying a revised date for the British Grand Prix, next summer’s Silverstone Classic is now confirmed for the weekend of 28-30 July 2017 – a week later than the provisional date originally announced.

The UK’s round of the Formula One World Championship had initially been set for Sunday 9 July but, with the German Grand Prix no longer on the 2017 F1 calendar, the British event has now been rescheduled for Sunday 16 July.

The massive operational complexities involved in the organisation of the two major international events – both attracting more than 100,000 visitors – make it impossible for Silverstone to host its two most popular annual attractions on consecutive weekends.

“We’re sorry to have to make this change but, unfortunately, it’s due to factors outside of our control,” said Nick Wigley, CEO of Silverstone Classic organiser Goose Live Events.

Tickets already purchased for the 2017 Silverstone Classic will be valid for the revised dates, while ticket-holders now unable to attend due to the date change have until 28 February to request a full refund. Details of this process have been emailed to those who have already taken advantage of the Early Bird ticket offer.

Early Bird tickets for the 2017 Silverstone Classic are on sale, with prices for adults starting from just £35 and the cost of the three-day weekend ticket remaining at £99, making them a great Christmas gift. Details of all ticket prices, as well as hospitality and camping options are now available on the silverstoneclassic.com website.

Full information about the 2017 Silverstone Classic entertainment programme – including more exciting new races, special car club celebrations and live music performers – will be announced in the coming weeks. All the latest news will be available at silverstoneclassic.com and via its social media platforms. 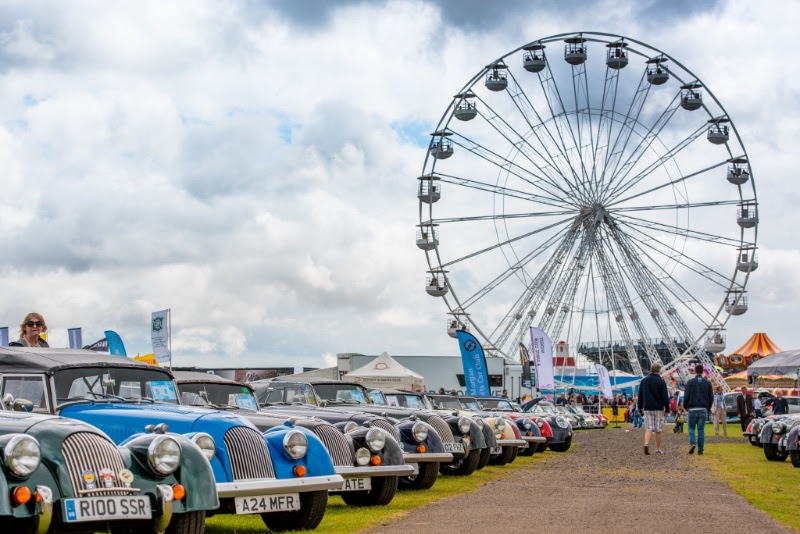 Posted by jeffharris at 20:14 No comments:

Posted by jeffharris at 10:01 No comments:

The Vintage Sports-Car Club (VSCC) is delighted to announce that the Midlands Air Ambulance Charity (MAAC) will become the Club’s nominated Official Charity for the next three years from 2017.

As regular supporters of the Club’s Prescott Speed Hill Climb events in August since 2011 – having raised over £6,100 during that time – the VSCC  will work closely with the MAAC across all the Club’s activities to help promote awareness of the Charity and raise funds to support their life-saving work.

In addition to a continued presence at the Club’s premier Prescott Hill Climb weekend, the charity will also attend a number of other VSCC events which take place across the Midlands region, whilst collections will also be made throughout the season.

MAAC and VSCC will also host a joint fundraising event each year to further promote the association, with all of the proceeds going to the charity.
Midlands Air Ambulance is the charity responsible for funding and operating three air ambulances serving the communities of six counties: Gloucestershire, Herefordshire, Shropshire, Staffordshire, Worcestershire and the West Midlands. This constitutes the largest air ambulance operating region in the UK.

Club Secretary of the Vintage Sports-Car Club, Dave Salmon says: “I am delighted that the Committee chose such an important and worthwhile cause for the Club to support over the coming three years and we very much look forward to working with the MAAC team.”

Susie Godwin, Gloucestershire Fundraising Manager for the MAAC, says: “The partnership comes as extremely welcome news to the charity, as the continued investment means we can continue to fund our extremely important lifesaving service. I have very much enjoyed working with the VSCC team for the past three years, and look forward to a close collaboration in the future.”

Posted by jeffharris at 09:55 No comments: